Happy Faces Vadodara > Blogs > Ladki Padh Ke Kya Karegi? (What will a girl do after studying?) 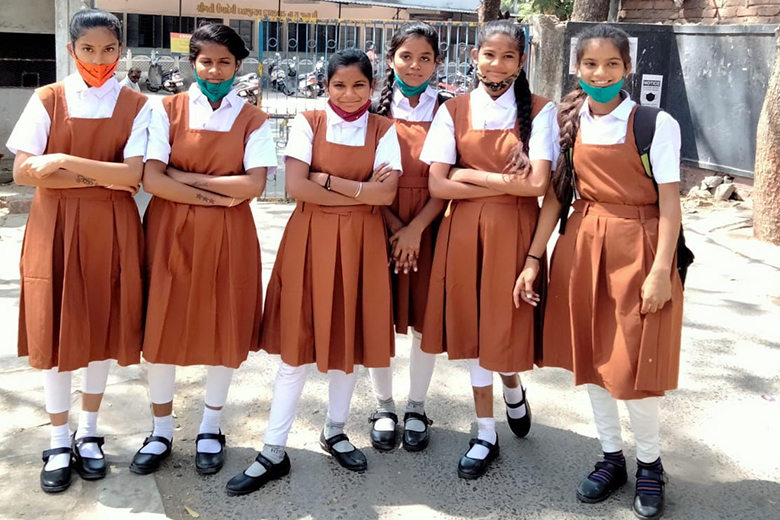 Ladki Padh Ke Kya Karegi? (What will a girl do after studying?)

The norm of women not being sent to school and instead made to do household chores is an age old one. Prevalent still today in the society, it has hampered the opportunities of many girls across the country. Jadeshwar Nagar is a slum where many people are engaged into small scale businesses.

The children of this slum go to nearby Dr. Shyama Mukharji Prathmik Shala to attain their primary education.

The basic problem that women in this community face is that they are not allowed to go to school at the onset of their menstruation, thus compelling them to discontinue their education and contribute in household chores. The parents of these girls were also not of the idea of educating the girls after a period of time.

When the street school in Jadeshwar Nagar was allowed by their parents to attend the schools as they nursed a mind: girls is a complete wastage. In the initial sessions of the street schools, the girls were not allowed to attend, however with subsequent success stories across the community, parents became curious and learnt that professional come to teach the children, which sparked their interest a little.

Children started attending the classes in large number and due to the footfall of children in these classes, another Children’s Group – Dream, could be successfully created. Dream group could identify through meeting their friends that many of them were dropouts from school, they thus decided to take up initiatives against child labor and speak up-for their rights.

HFV Members and CFV staff visited around 10 schools for the admission of these children, but all the schools denied admissions because these children were drop outs since two three years.

School authorities didn’t want to admit these children as they were of the opinion that these children may not be able to cope up with the studies. CFV team directly approached the District Education Office (DEO) to intervene in the admission procedure.

Team Happy Faces Vadodara took responsibility of financial needs of the Children like School fees, Uniform and other stationeries.

The intervention of the children and the team ensured in breaking the norm surrounding education of girls and made sure that nothing can stop children from studying!